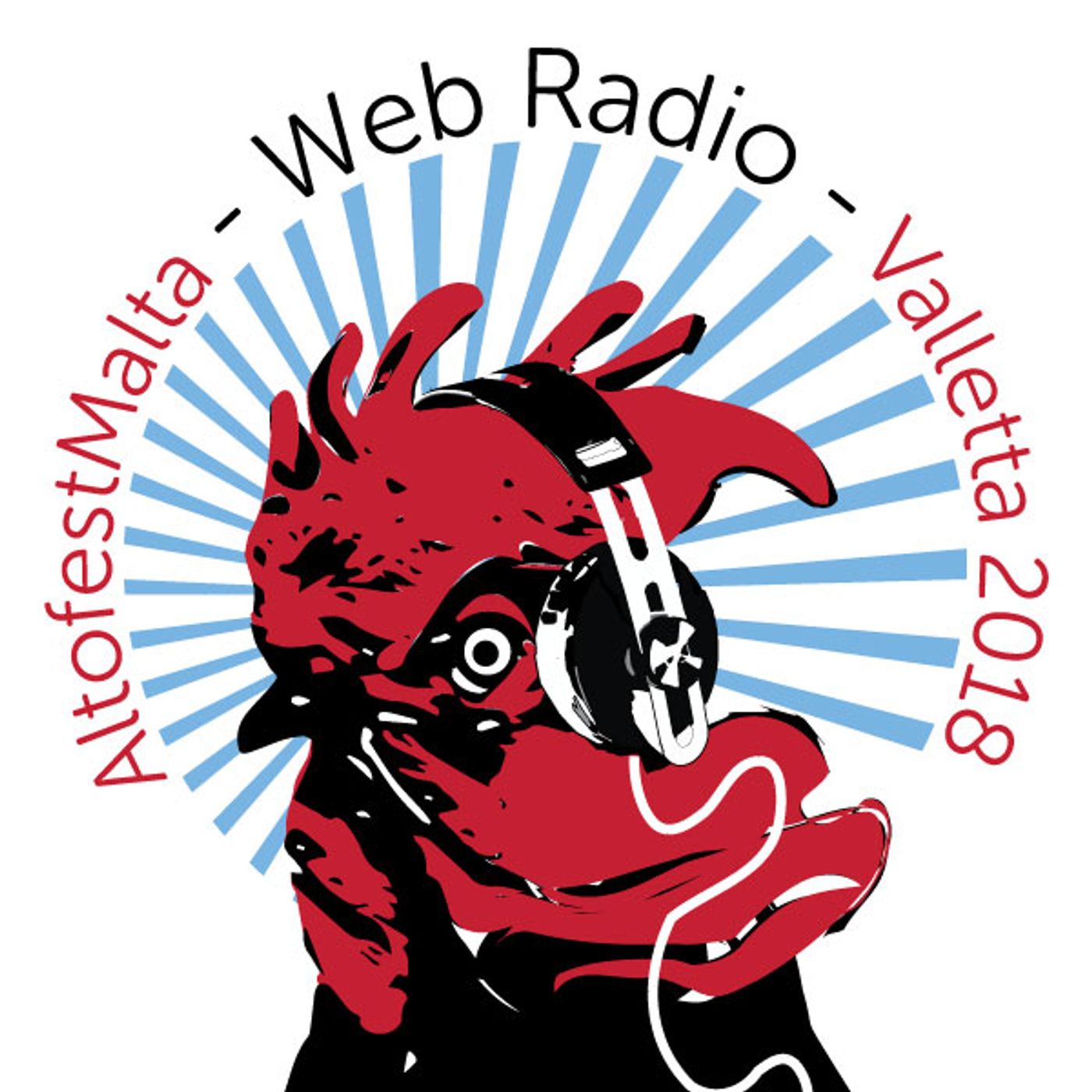 This is the Official Radio Web of Altofest Malta, the Special Edition created for Valletta 2018 European Capital of Culture. Curated by Silvio Impegnoso. Altofest is a project that explores experimental sociality through contemporary live art....

This is the Official Radio Web of Altofest Malta, the Special Edition created for Valletta 2018 European Capital of Culture. Curated by Silvio Impegnoso. Altofest is a project that explores experimental sociality through contemporary live art. Citizens host international artists in their houses, which then become venues that welcome audiences for diverse performances. Altofest will take place across four different regions in Malta, over four consecutive weekends. “Legendary People” is the theme behind Altofest Malta 2018. How can art emerge from the community as its distinctive expression, becoming in the meantime an instrument of social growth, fostering the formation of a future cultural legacy? The narration of a place, of its inhabitants and of its possible future lives, needs to be inspired by the evocative power of myth and legends. The bright image of the democratic Athens is a mix of mythology and reality of historical documents.

A new mythology to be founded needs heroes and legends.
A cultural project inserting itself in the life of the city, directly involving its community, creates a new mythology where heroes are among its citizens, deeply immersed in the landscape. The hero we are referring to is the so-called “cultural hero”, according to anthropologists. He is the one who influences customs and traditions of his people inaugurating new rituals, bringing innovation and establishing a new collective identity. In this sense, Altofest Malta is a unique opportunity, the act of foundation of a new way of perceiving and living in the relationship between citizens and arts, especially live arts contemporary language. As it will originate a new condition, Altofest Malta 2018 will be the beginning of a new epic of the “cultural hero” citizen. He will accept the challenge of blending his/her everyday life with the revelation of artistic creation. 20 citizens in 4 different areas of the island will be the pioneers of an experience that will leave a cultural heritage.